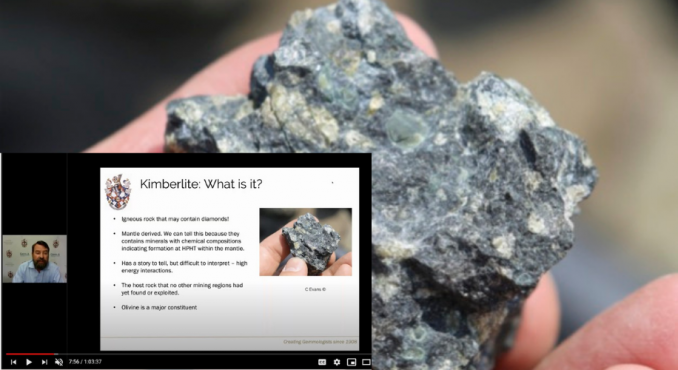 One of the most important discoveries in the history of diamond mining was that diamonds were found in kimberlite. Until then, the world had obtained diamonds from Golconda and Brazil where they were found in alluvial gravels. The town where this was discovered was called Kimberley in South Africa and in geological terms, Kimberley is the ‘type locality’ of kimberlite. As part of the Gem-A Live series, I was asked to deliver a webinar on the town of Kimberley, discussing the significance of the diamond discoveries not only to the town and to South Africa as a whole, but also on the diamond industry worldwide.